How to Stop Buffering [Step-by-Step Guide]

Buffering is the bane of many cord-cutters who want to watch their shows in peace. Not even YouTube viewers can escape the occasional buffering issue. And the underlying cause is not always clear. But one undeniable truth is that buffering can be a frustrating thing to deal with and can ruin the whole experience.

There are a few things people can do to try and get to the bottom of the problem. Follow the steps below to figure out the possible underlying causes for buffering and solve them quickly.

Speaking of Netflix, they do have recommended minimum internet speeds for the different streaming quality levels they provide. Anyone who’s using Netflix should also check that out to see if their connection speed makes the cut.

Step 2. Make Sure Other Devices/Services Aren’t Hogging the Connection

Check around the house to see whether anyone else might be busy streaming or doing something that could be hogging the bandwidth. Also, make sure to check for downloads/updates or any other services that are using the internet. Background services can often be greedy, and the internet speed can get bogged down as a result.

It is easy enough to check on a computer: open the task manager. The easiest way to see whether anything on a smartphone is using bandwidth is to turn off the WiFi on the phone and see if that improves the connection.

Step 3. Switch to an Ethernet Connection

WiFi may slow the stream down because of a spotty connection. The WiFi speed can seem fine in one room and then turn slow in the next. It usually depends on the strength of your router as well as possible obstacles in the way.

Sometimes placing the router in a different location in the house can help. But other times, it’s better to switch to an ethernet connection. Ethernet cables ensure that the computer or television gets the full strength of the connection. So it will help sort out any WiFi connection dropping issues as well.

Step 4. Change the Settings on the Streaming Site

If you want to fiddle with the quality settings on a streaming service, then you can check out one of these guides:

Step 5. Wait for a Less Busy Time or Use a VPN to find a Less Crowded Server

Traffic can bombard streaming services at certain times of the day. You can avoid it by watching shows during off-peak hours. But most people don’t want to wait until 2 in the morning to watch their favorite shows. There’s no way to get around a crowded server, unfortunately. But there is a way to switch to a less crowded one through a virtual private network (VPN).

What is a VPN (https://nordvpn.com/what-is-a-vpn/)? It’s a service that runs the connection through one of its servers. Users also can choose the location of that server. So let’s say a person in Chicago wants to stream a movie on HBO Go. They could use a VPN to switch to a server near LA. It may be enough to see a significant improvement in their stream quality. That’s especially handy if it’s during a time when most Californians are still asleep.

Step 6. Use an Antivirus Program to Clean Up Malware

If the steps above have made no dent in the buffering problem, then it’s either time to upgrade the speed connection or start looking for malware. Viruses and malware can hide their tracks well, so it won’t be evident that they’re hogging the bandwidth. Use a good antivirus program to sniff out any potential culprits.

This guide should help almost anyone sort out their buffering issues. If it isn’t a connection problem, then any one of these other solutions should do the trick. Either way, there’s no need to live with annoying buffering videos anymore.

Rajesh Jhamb is Co-Founder of TheTechSutra and a passionate blogger. He loves new Gadgets and Tools. He generally covers Tech Tricks, Gadget Reviews etc in his posts.

Reasons You Should Track Your Cryptocurrency Using Portfolio Apps 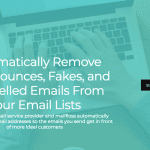 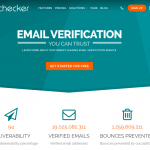 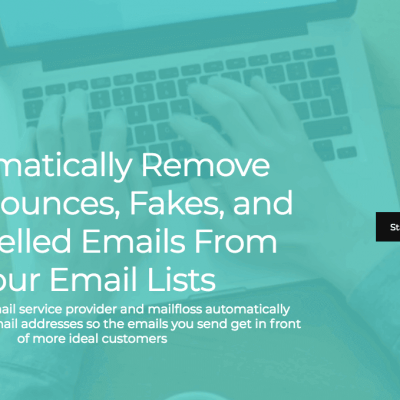