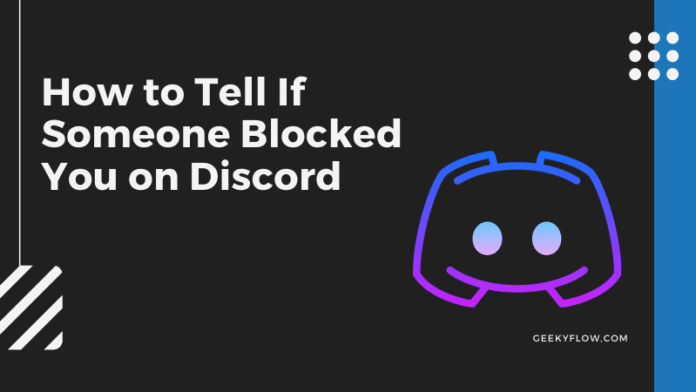 Discord provides almost every feature that is offered by other chat platforms like Messenger, Whatsapp, etc. Users can even block each other to stop receiving messages. For those who want to know How to tell if someone blocked you on Discord, we have got a quick way.

These are the two ways of knowing if someone has blocked you on Discord. We will be diving deep into the topic and discuss a lot of things related to the same.

Also, at the end of the post, we have a small section on How to block someone on Discord without them knowing.

Note
Check out how to get someone’s IP from Discord.

How to Tell If Someone Blocked You on Discord

As mentioned above, users have the authority to block each other on Discord. Whether it is because of some personal dispute, or any other reasons, users still want to know if they are blocked by someone or not.

This section covers everything that you need in order to know if someone has blocked you on Discord or not.

The first way is by using Clyde bot. Clyde bot is an official bot that is integrated into Discord by default. 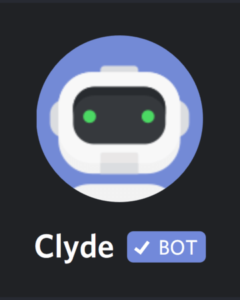 The bot notifies users about any unresponsive actions that they performed.

For example, if you try to message a person who has blocked you on Discord, you will get a reply from Clyde bot saying –

As you can see, Clyde bot does not state for sure that the other user “has” blocked you on Discord. It just tells the user about some reasons why the message could not be sent.

The same message will appear if the other user has disabled the “Anyone can message” option in the Settings.

Therefore, this way is not reliable if you want to know if someone has blocked you for sure.

The other method, and probably the best of the two, is by using message reactions.

Head over to a common server and react to that person’s message. If the reaction appears, they’ve not blocked you. If it does not, then sadly they have.

This way is not so popular and many users do not even know that you can check if someone blocked you this way.

How to Block Someone on Discord without them Knowing

You might be thinking, “If I can check if anyone has blocked me, then the other people that I’ve blocked will be able to check that as well“.

And this is absolutely correct. Other users can use the same way to check if you’ve blocked them on Discord or not.

Then, How can I block someone without them knowing?

Unfortunately, there is no such way. However, you can just ignore the user’s message if he/she is harassing you on the platform. You can also report the situation to Discord support if it’s serious.

So that was our take on How to tell if someone blocked you on Discord. We shared two different ways to know if you were blocked by a user or not.

The first way is by sending them a private message. If you get an automated reply from Clyde bot, then the other person might have blocked you.

To make sure you are blocked, go to a common server, and react to that person’s message. If the reaction appears, they have not blocked you. If it appears, then they have.

Currently, there is no way to block someone without them knowing. This is definitely not a good idea because the other person should know if you have decided to cut them off from your digital life.