Concrete blocks are something really special in Minecraft. With the physics that works like in real life, (at least some times) it can be pretty adventurous making some concrete walls and structures.

The notable property of Minecraft concrete blocks is that they can be made in many colors, which is like wool and bed, but the blocks of concrete, as the name suggests, are very strong and hard to break, unlike wool or bed, etc.

Using such strong cobblestone + colorful wool combinations like blocks that give us color and sturdiness can prove to be so entertaining for our game, so let’s go and make some concrete.

How To Get Concrete In Minecraft?

Concrete can not be found in the game directly, and therefore, it is something that we are going to craft on our own.

It should be known that concrete that we make in Minecraft is initially only the concrete powder, and not the concrete block itself. Why is that and how does that work? We will find out. But first, let us start with making it.

The items that will be required for making concrete powder, to further turn it into concrete blocks, are these.

As we will mostly need, a crafting table for assembling our materials into the final form.

The final ingredient for our recipe: concrete of Minecraft.

Making a crafting table requires one block of the wood log only. Well, directly it needs four wood planks, but one wood log gives us the same so it can be considered one thing only.

To obtain wood logs, simply break the trees. Then for turning the wood logs into planks, simply place them in the crafting section of inventory in a single square.

Once we have wood planks ready, place them into all four squares in the crafting section of our inventory. 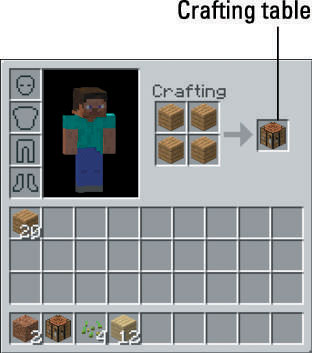 Once we have our crafting table ready, let us move on to get further ingredients for our concrete powder recipe.

Sand, our first direct ingredient, can be very easily found in Minecraft. Sand is the type of block that can be broken very easily, using a pickaxe or even hand itself.

It blocks can be found very easily, and in a lot of places, since it is so abundantly available in all the biomes.

If you can find a desert biome as shown in the picture below, you can get hundreds of sand blocks easily. But if you can not find desert, do not worry, for sand can still not be that far from you. 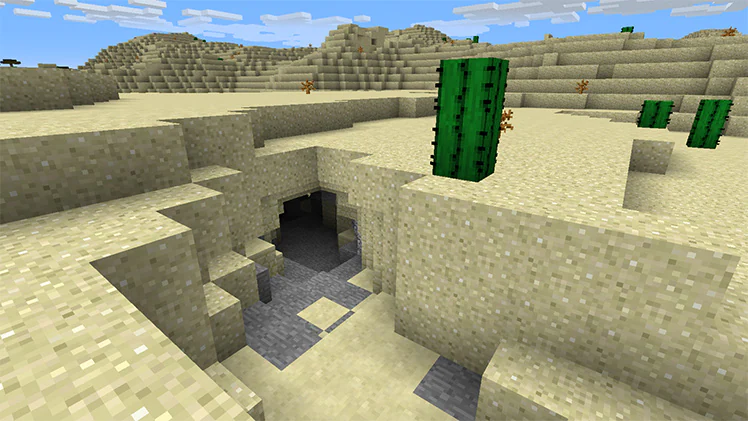 Sand can also be easily found near the seashores, or around some water bodies too. So if you are in jungle biomes and stuff, just look around and try to reach the ocean or even some rivers.

Once enough sand has been collected, we will move on to finding the next ingredient.

Gravel blocks in Minecraft are something unique. The reason behind that is because randomly, breaking the gravel blocks drop flint with them.

Flint can be further combined with iron ingot to make flint and steel, which is something very useful in the game, as it ignites and sets on fire wherever we use it, most commonly, for nether portals.

Anyway, gravel blocks look a little different than cobblestone blocks. But can be very often found together. They can be found at any Y level of the world, and have a probability of being up to 33 in every vein. Gravel blocks can generally be found near water bodies, rivers, and mountains. 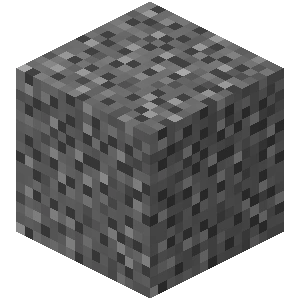 That was the second ingredient for our Minecraft concrete recipe, let us move on to the third and last one, the dye.

Dyes are basically paints in Minecraft, for we can use them to make a lot of our items colorful. Now dye can obviously be available in many colors, but today we will use only the white dye since we are going to make white concrete only. We can obtain white dye by converting the bone meal or lily of the valley.

Bone meal can be found by slaying codfish, pufferfish, tropical fish. It can also be converted from bones themselves, which can be obtained in chests, and by slaying skeleton mobs.

Ready with our bonemeal, we can now make white dye from it using the crafting section. 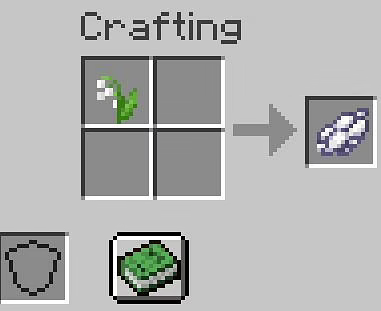 Now that we are ready with our white dye, the final ingredient, let us make concrete powder to finally build our concrete blocks.

To make concrete powder, take 4 blocks of sand and 4 blocks of gravel, and one white dye, and put them all individually in all 9 squares of the crafting table. No pattern is necessary, they just need to be put individually there.

This is, in detail, how to make white concrete powder in Minecraft. What we have just made is a block of concrete powder, it is still not in the final form as you can see its the texture is a little blurred.

To finally make it perfect and smooth, pour some water on it, you can use a water bucket to do that, or try placing it in a water body.

Since concrete powder being touched by water from any side anyhow is enough for it to turn into a smooth shiny concrete block that we wanted to build.

Now this, finally, in detail, is how to make white concrete in Minecraft.

You can always change the color of the dye to make the concrete block a different color.

This was a detailed and easy-to-go guide for making white concrete in Minecraft. You can always change white dye with any other color dye to make a different colored concrete block, it can be white, red, blue, all depending on which color dye you choose. Once that, you can then know how to make white/red/pink/yellow/light gray/dark gray/cyan/purple/magenta concrete too!