Have you ever experienced the sorrow when the next season of a TV show gets spoiled for you? We surely have. Messages can also spoil your favorite movies, shows, or books in a flash. To prevent such things from happening, everyone needs to know How to do Spoilers on Discord.

To send a spoiler safely, all you need to do is wrap your message with the || (pipe) character. For example, type in ||This is a spoiler|| to send the message as a spoiler on Discord.

In addition to the aforementioned method, there is another way of using these tags in Discord.

Discord spoiler tags come in handy a lot. If you are a member of a Fanclub server of your favorite actor or movie, then you are going to need them a lot.

But. before using these features, you need to know how to use spoiler tags on Discord. Do not worry, as in this article we are going to talk about Spoilers in Discord.

Check out this guide on How to delete a Discord server in 5 simple steps.

What is a Spoiler

Most of you must be familiar with the word SPOILER. It is quite a famous terminology among movie and TV show fans.

As the name suggests, Spoiler is any statement, action, or behavior, that spoils the fun/thrill you were about to experience in the near future. 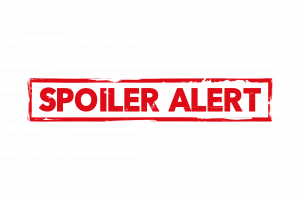 Example: You were going to watch the third season of your favorite action show. And your friends disclose that a specific character dies in the season.

Now that you know what spoilers are, it is time for you to help others by not spreading any.

How to Do Spoilers on Discord

Some times you might want to send a message on Discord that can act as a spoiler for other members.

Discord has a feature that can hide your message so that only a particular group of people can read it (for whom the message isn’t a spoiler). Others will not be able to see the message unless they choose to do so.

Here is a quick example of a message with and without spoiler tags.

There are two ways of using spoiler tags on Discord. We have mentioned both of them below.

In this method, we will use Markdown syntax to convert a message into a spoiler message.

If you want to learn everything about Markdown in Discord, then check out our ultimate Discord Text Formatting Guide. You will learn how to send code snippets, colorful messages, and more.

To send Spoiler texts using Markdown, all you need to do is wrap your message around the || (pipe) character.

Normal Text – This is a spoiler.

This method takes benefit of the Discord user interface. Discord provides a small menu option that says Mark as Spoiler.

You can access the menu by right-clicking on a text.

Many users do not have this menu option in their Discord application. If you are one of them, you can always use the || character to mark your message as a spoiler.

Note
This method only works on the Discord Desktop and smartphone application.
Web-version does not support this feature.

If you are using the Discord android application, then you will be delighted to know that it supports spoiler tags as well.

The methods are the same for android and PC both.

Images can also act as spoilers. And Markdown doesn’t work while sending images.

But, there is a way of doing it. When you send an image to your friends, Discord provides you with an option to mark the image as a spoiler.

You can easily select that option to send spoiler media on your server.

Learn How to get someone’s IP Address From Discord.

So that was our take on How to do spoilers on Discord. We mentioned ways of using Discord Spoiler tag on Android and PC.

You can simply send a spoiler message by wrapping the text with the || character. Example – ||This is a spoiler||.

Discord also provides a Mark as Spoiler option for both text and images. You can use that as well to share messages that can be considered as spoilers.